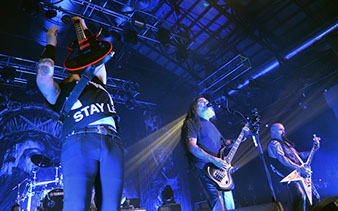 Reactivated Italian thrashers Sadist opened the show. Hailing from Genoa, a neighboring Italian city, they received a warm welcome from the crowd. Vocalist Trevor’s cackling black metal screams reeled in their local fans. Unlike most bands that open for Slayer, they didn’t get booed off the stage. 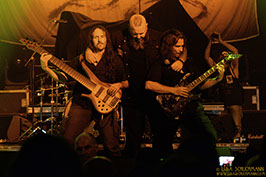 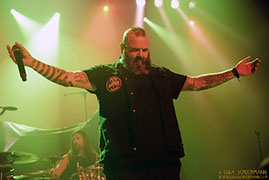 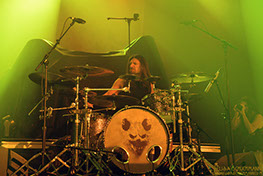 Slayer always puts on an amazing show. They are the highest echelon of thrash metal, and have remained true to form since their inception in 1981, verbally and musically assaulting their audience as well as societal constructs with atheism and devil chords. Since I can remember, they’ve consistently dissected Dogma into dust, and their unwavering guitar style has influenced newer thrash metal bands. Kerry King is still fearlessly delivering his perspective on creationist fiction through the guttural pipes of Tom Araya while jousting guitars with Gary Holt to the pulse of Paul Bostaph’s drumming. 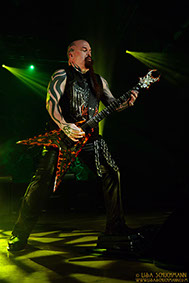 This was my 3rd time seeing them, each time in a different country with the same, chaotic crowd. Tom greeted everyone with the only three Italian words he knew before screaming entropic lullabies in English, Gary was all smiles while gently murdering the crowd with relentless riffs, Kerry was intently focused on his craft, and Paul was neatly tucked away behind his equipment out of sight. They opened with Repentless from their latest album (Nuclear Blast). Despite the very thick language barrier, the crowd screamed to each song with every lyric accounted for. The band decimated the Milan crowd with Postmortem, Angel of Death, South of Heaven, War Ensemble, Disciple, and You Against You to name a few. 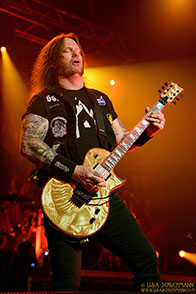 My favorite moment of the performance was Gary and Kerry side-by-side in guitar duo synchrony to Postmortem. I relived that moment twice over from Barcelona Rockfest in 2016, and was inspired to dust off my Gibson Epiphone relic—I want to play guitar like Gary Holt, and I know I’ll be a contender in 20-30 years. Until then, I’ll piss off my neighbors with terrible guitar at maximum volume—not everyone can be Gary Holt in real life, but I can dream about it.

Slayer is always solid, but the fans are unpredictable and some- 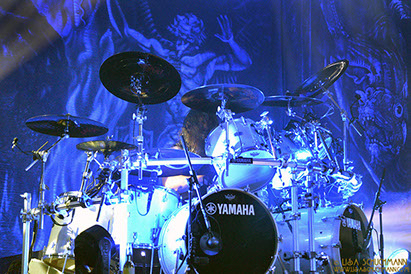 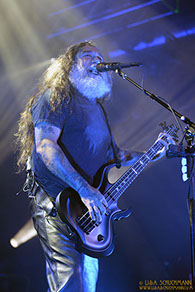 times overwhelmingly violent. Maybe it was the “devil chords” wafting throughout the club, or Tom asking the crowd if they like romance as part of their culture, but as they played on, the chaos rapidly enveloped the entire venue. I was head banging at Stage Gary when I got assaulted from behind—and this wasn’t a mosh pit round of fun and games—I was deliberately grabbed by my hair and slammed to the floor. This was my first fight aside from slapping my sister around when we were kids. A hairless manchild with lobster proportions felt like slapping me around because the pit was too hardcore for fucking pussies. Too bad the language barrier was too thick for him to comprehend angry East Coast Bostonian, because I said to him “Buddy, this ain’t what Tom meant by romance, you Fred Flinstonian motherfucker!” I have a tiny fist-sized bruise on my back and some hair missing, but you should see the other guy. No really, have fun explaining to your friends that a woman kicked your ass with one solid punch in the face at your first metal show. No amount of concealer will hide your two black eyes, swollen nose, and a fat lip.

While this is the first and last time I’m going solo to a show for a while, this won’t be the last time I see Slayer—they are brilliant and continue to produce brilliance. 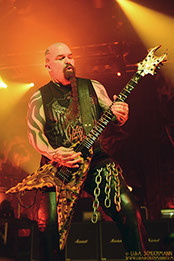 Slayer remains steadfast and is still producing work. They’ve been hated on for “selling out” and “should quit” since Jeff passed away. The scrutiny they’ve faced for Repentless speaks more about the compromise of their retired fanbase. While the word Repentless is a Kerry King invention, it speaks to those of us to who won’t compromise with decay. I love Slayer as much as I love my whiskey: aged, simple, smooth, and consistently burning as it courses through my entire system. They’ll stop when they’re dead, and they will rest in power, forever carved into kitchen tabletops, bathroom stalls, and forearms throughout America. 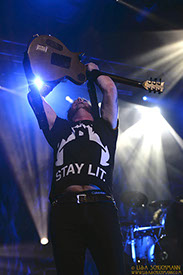 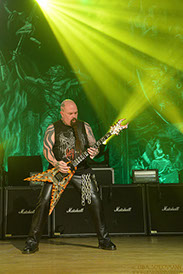 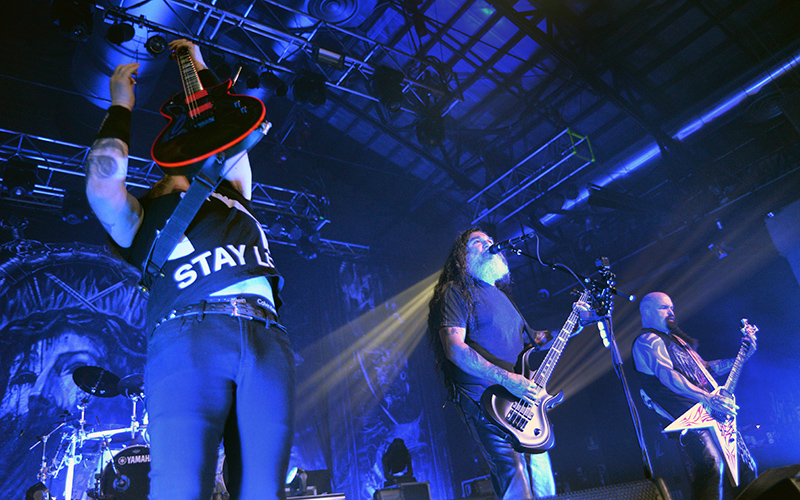