I've been going to shows since I moved out of my parent's house. I grew up listening to mostly old school crust punk, grunge, metal, 80's goth, and industrial music. While I wasn't allowed to see my favorites perform live, I found refuge in hole-in-the-hall 2nd hand record shops. My dream, aside from being able to fly around and breathe fire, was to perform lead guitar on stage. Iron Maiden and the Misfits turned me on to guitar. I'm pretty terrible at it, but stubborn and determined.

I currently photograph live performances for Lollipop Magazine and have been a part of their staff for 10 years. What started as a way to kill time, and laugh with the editor at the exorbitant amount of black metal cds pouring through our mailbox became a lifelong passion for music. In most cases, I hear a band for the first time during their set while shooting, which is way better than listening to them through static filled iDerp speakers on my phone.

Even though the world has changed a lot in the past 20 years, the energy during a show still has the timeless charge of chaos and unity in the air. I will keep going to shows until I die. 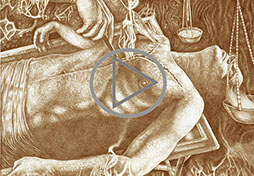