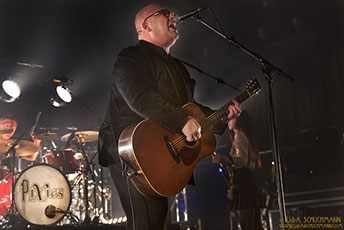 The Pixies with Cymbals Eat Guitars

Live at The House of Blues, Boston 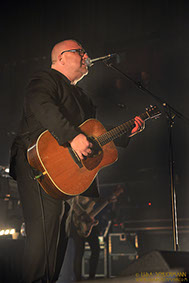 Once The Pixies came on stage, they had the entire crowd wrapped around Frank Black’s little finger. Everyone was singing along to the lyrics of ‘Mr. Grieves’, ‘Gouge Away’, ‘Crackity Jones’, ‘Caribou’, ‘Wave of Mutilation,’ and ‘Here Comes Your Man’. This was merely a shortlist of songs out of the entire 36-piece setlist. They brought down the House of Blues with tracks from Caribou, Surfer Rosa, Doolittle, Bossanova, Trompe Le Mode, as well as an obligatory handful of tunes from their latest; Head Carrier. As a seasoned fan, I thoroughly enjoyed dancing and screaming along with the rest of the crowd. 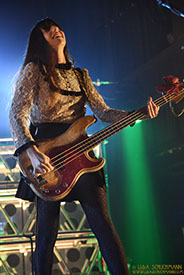 The Pixies traipsed their former collegiate stomping grounds with supporting act Cymbals Eat Guitars for a long weekend in light of their newly released 6th album Head Carrier (Pixiesmusic/PIAS). Fans old and new congregated on Friday and Saturday at the House of Blues Boston, then Sunday at the Paradise Rock Club to revel in the vocal musings of Frank Black aka Black Francis, legendary guitarist Joey Santiago, and drummer David Lovering. Bassist Paz Lenchantin (A Perfect Circle) joined the band in 2014, replacing Kim Deal. That evening, Paz embraced the role with her glowing stage presence, and beautiful floral adornment on the headstock of her bass.

I was in attendance at the sold out show on Saturday night at the House of Blues Boston. Cymbals Eat Guitars warmed up the crowd with their dissonant take on alt-rock. One part indie and one part post-rock the collective players were impressive, particularly frontman Joseph D’Agostino and keyboardist Brian Hamilton. 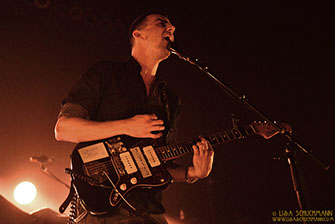 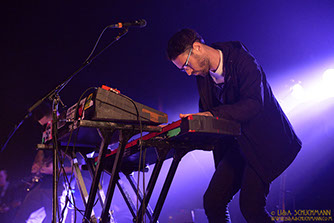 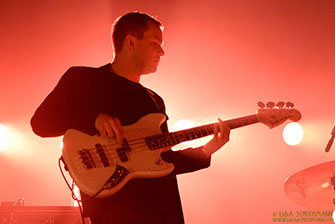 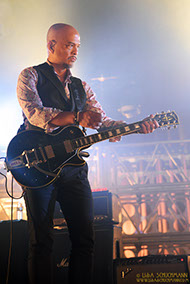 I discovered the Pixies when I was a teenager in 1995 at an unassuming, hole-in-the-wall music store that was neatly tucked away in a redundant strip mall in my neighborhood. I was drawn to the Steampunk illustration on the Bossanova CD cover — it reminded me of the cinematography of Trip to the Moon. I decided to splurge with my hard earned cash as a grocery bagger, and was pleasantly surprised at how masterful Joey Santiago’s guitar interlude of ‘Cecilia Ann’ followed by ‘Rock Music’ demonstrated the balance between mindless daily repetition and lucid nocturnal entropy. I was inspired to play guitar like him. My fandom for The Pixies flourished quickly. I returned the next day and collected Caribou, Surfer Rosa, Doolittle, and Trompe Le Mode for a bargain along with a complimentary Surfer Rosa poster which still hangs on my bedroom wall. 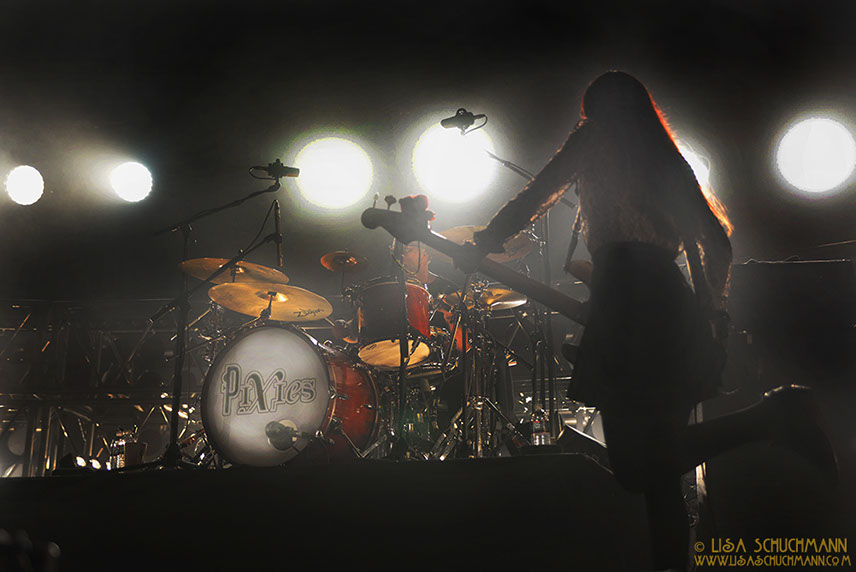 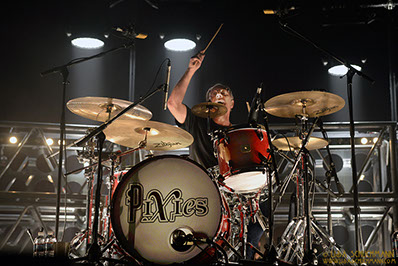 This was my 3rd Pixies show in 15 years, and they consistently didn’t disappoint. You could detect the different tiers of fandom by crowd engagement: the long-time fans nodding in the back, the turn-of-the-century fans that discovered them through Fight Club’s closing credits, and the younger fans building their music knowledge in reverse chronological order with a focus on the 90s indie wave. Typical Frank was fucking with the audience by hijacking any attempts to sing along with him to ‘Where Is My Mind,’ ‘Monkey Gone to Heaven,’ and ‘Debaser’ which is arguably the most uplifting song in their entire repertoire. The dichotomy of this particular crowd versus any metal show I frequent was an extreme pendulum swing of loving and fighting: If you weren’t dancing or making out the person next to you, you were potentially getting knocked over or out by land buoy hipsters fully immersed in cheap beer and whiskey shots.

As I emerged from the crowd covered in a collective of personal and communal sweat, I had a surreal moment of déjà vu: my collective selves from high school, college, my first show, second show, and present being united to revel in the uplifting experience. The Pixies are not just a household staple from the 90s — they’re a permanent influence on my mind, heart, and soul.