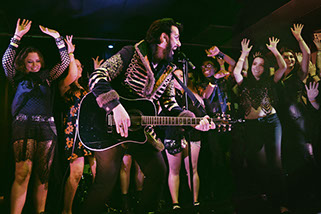 Live at Once Ballroom

The Bostonian Goth/Industrial/Darkly Inclined/(insert other variation here) scene braced themselves for the long-awaited return of Aurelio Voltaire and his Sweet 16 Tour, gathering at ONCE Ballroom this past Thursday in honor of his latest album Heart-Shaped Wound. Bella Morte, Seeming, and Mei Ohara kicked off the festivities. Everyone was beautifully adorned in their darkest attire to celebrate these pillars of American Goth. The venue, formerly a function hall complete with fancy chandeliers and a 1970’s vibe, was fitting for such an occasion. If you weren’t able to attend, then I regret to inform you that you have missed out on a remarkable experience. I laughed, I cried, and much later into the wee hours of the night, I hurled vodka and cranberry juice. Alas, I have no regrets. 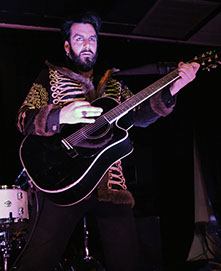 Aurelio Voltaire took the stage with glorious bravado, beautifully adorned in a black and gold robe with Jareth-inspired eyebrows, white eye shadow and guyliner. As I surveyed the crowd, women and men alike were swooning while he basked in the incandescent, purple glow of the intermittent spotlights. He serenaded the crowd with Raised by Bats, It’s Bigger on the Inside, If I Only Were a Goth with Alex from Seeming, and his grand finale When You’re Evil with select audience members. This is merely a handful of songs from the setlist of his 2 hour performance. Voltaire is an enigmatic performer, and gravitates naturally to the limelight like a ravenous moth to a gas lamp.

It’s palpable that Voltaire is a true artist. He uses music, video, and art as a platform for sharing his life experiences with the world. His most recent series, Gothic Homemaking, became a YouTube sensation, transforming his compromising quarters into a tiny kingdom. His show attracted a flock of NuGothlings, resurrected his presence with Eldergoths, and intrigued the darkly inclined. The internet and its static void deceptively flattened Voltaire. Having never met him in real life until tonight, I was surprised by how majestically tall he was, and he carried himself with a cool, mysterious swagger. He’s also very comfortable, confident, and friendly with his fans, which is rare form for a high-profile artist, and doesn’t alienate his audience. He flirts with us, keeping us on our Demonia-platformed toes, reeling us in with each titillating experience. In a sea of full of giggly goths where smiling is considered a serious faux pas, I was also enamored with his sexual witticism, natural sarcasm, and pants-peeing humor. 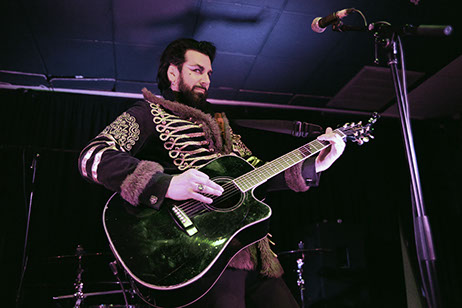 Voltaire has been a long-time advocate for goth culture with his unabashed novel “What Is Goth”, hailing as one of the few who openly challenges society’s misconceptions in defense of his fellow darklings. Tonight was no exception: He didn’t hold back from coming out of the closet as a bitrektual, paying homage to his (and my) last hero, David Bowie, and vulnerably opening up about his struggles as a lone baby bat trapped in small-town New Jersey purgatory. I rarely tear up during a live performance, but his tales of abuse and triumph were all too relatable. Innocent conveyed that human decency is alive and thriving in this beacon of inspiration, empowering baby bats to stand up to a society that wants to conform or exterminate them. If David Bowie were still with us today, he would be proud of Voltaire, not only for his fabulous attire and vocal tribute to As The World Falls Down, but for baring his soul to a room full of new friends. Let’s hope we don’t have to wait another three years for his return! 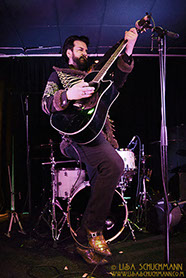 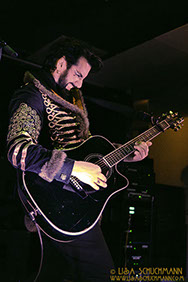 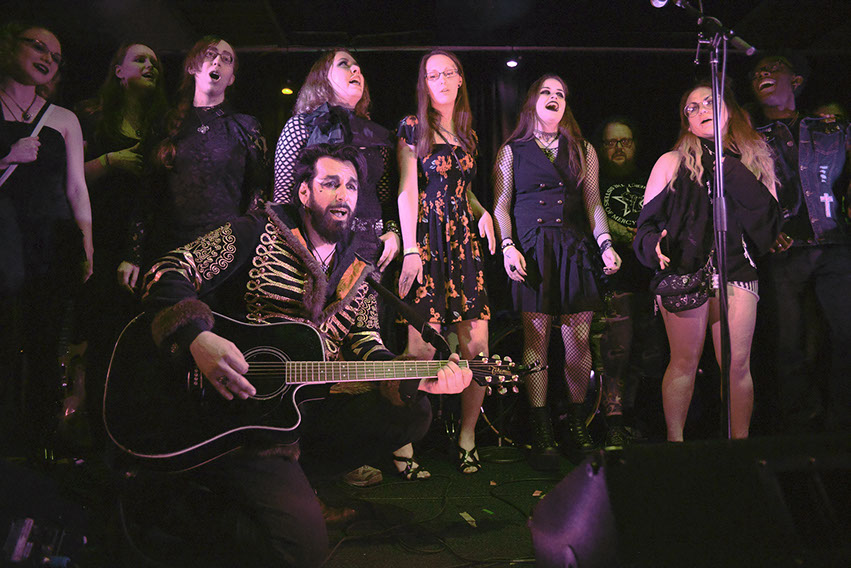