Here comes the metal meltdown, run for your lives... 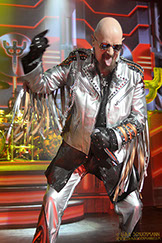 One doesn’t simply go to a Judas Priest concert. You are entering the Temple of the Metal Gods, and they will deliver the best show you have seen in your entire life (so far). I’m atheist as fuck, but if metal were a religion, Judas would be the Priest. Rob Halford is to metal what David Bowie is to classic rock. His voice can still reach an operatic bravado after all of these years whilst integrating his fashion sense by mastering the art of the DIY metal vest, and didn’t disappoint with his Firepower jacket. 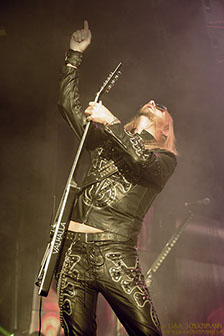 Their new album, Firepower has the same energetic charge as the rest of their discography, especially Lightening Strike, Rising From Ruins, and The Spectre. Goosebumps prickled across my flesh as the curtain slowly unveiled our knights in full metal jackets, playing the Guardians ballad from their latest album, Firepower. At the height of the song, I completely forgot my “purpose” for being in the photo pit, and turned my gaze upon the crowd as if it were illuminated by hundreds of pairs of eyes in a bat cave. Judas Priest are natural performers to their core, and rocked this middle of nowhere town as if it were a packed festival.

The night was filled with love songs from Screaming for Vengeance, Sad Wings of Destiny, Turbo, Painkiller, and of course, British Steel. Rob took the stage with his Harley steed for Hell Bent for Leather. If you were expecting an Evil Knievel stunt, then You’ve Got Another Thing Coming, because that’d be Breaking the Law, and Some Heads Are Gonna Roll. Glenn Tipton materialized from the ether like a Phoenix, answering the call of the Metal Gods, and powered through the remainder of the set. Judas Priest has outlived most of their contemporaries, and they deserve the self-proclaimed homage; We Are the Champions. As they bowed out for the evening, the crowd remained enchanted, and transfixed on their farewell note:

“The Priest will be back.” I want to believe…

Live at the Palladium

...Can’t stop the metal meltdown, no one survives. 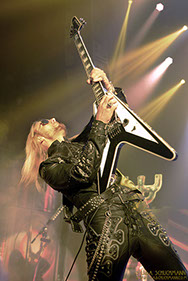 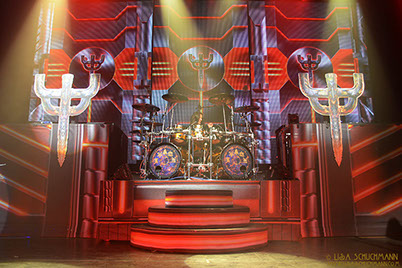 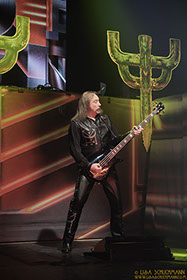 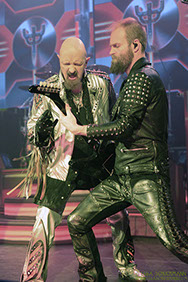